Building Blocks for Next Generation Datacenters

The new IANOS® system from HUBER+SUHNER facilitates Base-2, 8, 12 and 24 pre-terminated cable systems for best in class density, speed of installation and scalability. Data rates from 1G to 120G can be seamlessly combined to provide the most future-proofed and flexible fiber management system on the market. 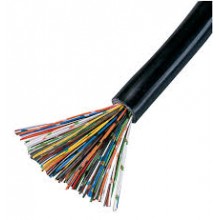 British telecom specification CW1308B covers a range of cables which are used for interconnections between private telephone networks. The CW1308B specification is used when one cable is required to connect internally and externally. The specification includes an aluminium moisture barrier and a specialised black LSOH sheath for UV protection.

The cable is designed primarily for interconnection between buildings within a telecommunication network where the cable is used both inside the building and outside in ducts between the buildings. The cable replaces the traditional PVC sheathed cable inside the building and the Polyethylene sheathed cable outside, making the need to joint at building entries redundant. The design includes a metallic moisture barrier bonded to the sheath to combat the ingress of moisture vapour and the sheath is a low smoke non-halogenated polymer, which imparts a high degree of flame retardancy to the cable. The cable core is similar to BT Specification CW1308.

Plain annealed solid copper wire; PVC insulation with the required number of pairs assembled in 20 pair units. A polyester tape is applied over the cable core followed by a Polyethylene/Aluminium Laminate moisture barrier, which is bonded to the Low Smoke Non-Halogenated (LSZH) sheath. An optional 1.38mm diameter PVC insulated Earth Wire may be included within the cable core on request. 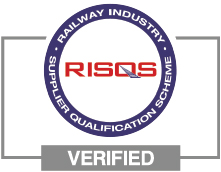 The Big D
from Dunasfern